The Schola Rosa Music program unites the popular method of Singing Lessons for Little Singers with the music of the Church through chant lessons.

Goals.   There are two goals for the music program:

Drills.   The drills and exercises for learning to sing are drawn from the book Singing Lessons for Little Singers; both voice and ear-training are covered.  The folk songs and mass setting for the first year are introduced strategically in order to reinforce the lessons taught in the exercises.

Mass Settings.   The first setting is for feast days, the second for ordinary Sundays, and the third for masses celebrated for Our Lady.  By our estimation the sequence reflects a growth in difficulty.  The lessons make reference to the “Missa de Angelis”; if you are working on a different setting, simply replace the assigned parts of the mass with those from the one of your choosing. The determination of which mass setting you should use is dependent upon how many years a group of students have been doing the program; we suggest the following sequence: 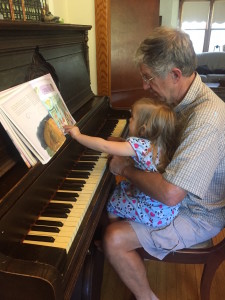 Hymns.   The hymns are preselected and make up an integrated part of the larger curriculum of each cycle.  They will be learned as part of the co-op assembly.  The music program will, therefore, focus upon the drills, mass settings, and folk songs.

Folk Songs & Harmony.   The same folk songs are suggested for each year; but this should not keep you from adding more songs than those included as interest and ability allow.  In order to provide for growth in musical ability year-to-year, we suggest (and include instruction for) the following sequence: 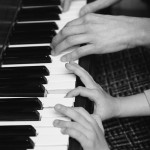 Learning Chant Notation.   Notice that it is not a goal of this program to teach students to read chant; our focus is upon learning music by heart.  As such, all of the mass settings are provided in standard notation in order to accommodate teachers who have no familiarity with Gregorian Notation.  Nonetheless, since it would greatly enrich the teacher’s appreciation and insight and since it is quite possible to teach older children to read chant, here follow some resources for learning and teaching chant:

Flexibility.   Teachers should select which mass setting and which approach to the folk music is most appropriate to their co-ops.  Repeating either component in consecutive years is a great idea, when the students would be best served by so doing.